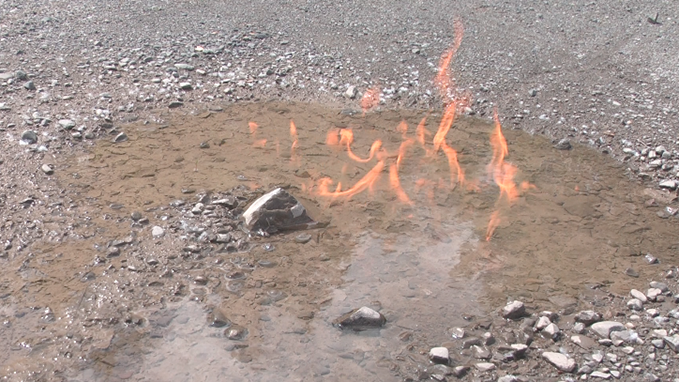 La poussière dans le sang is an attempt to revive the dusty blood of dormant bodies. It shows the work involved in creating images and the numinous that arises from such labor, like two stones repeatedly struck creating fire.

This project is an experiment on narrative techniques, a fluid approach to image creation/ recording. The work takes on new layers of complexity and confusion as every unpredicted element is taken into account and the ideas and material constantly re-evaluated. With the series of metaphoric images, which where the starting point, the labor behind creating them is also exposed: fiction is (con)fused with documentation.

It also functions as a kind of document of a performance, one in which bodies are confronted to landscapes, exaggerating the performance of filmmaking itself.